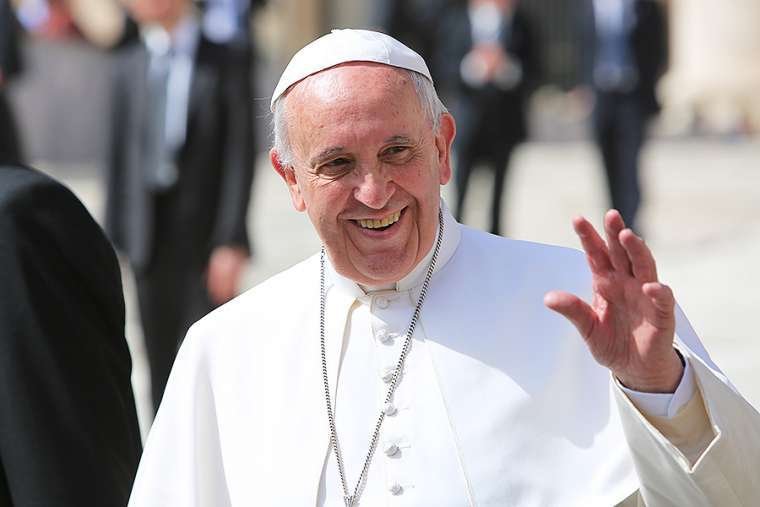 The tragic news on the sinking of Gulf Livestock 1 and the subsequent lost of its 41 officers and crew has reached Pope Francis, prompting the head of the world’s Roman Catholic Church to extend some support to the victims’ families.

“Pope Francis, through the Dicastery for the Integral Human Development, has decided to send an economic contribution to all the families of the crewmembers of the ship MV Gulf Livestock 1 (39 Filipinos, 2 Australians and 2 New Zealanders),” Rev. Fr. Paulo Prigol, director and chaplain of the Apostleship of the Sea – Manila, said.

Pope Francis, through the Dicastery for the Integral Human Development, has decided to send an economic contribution to all the families of the crew members of the ship MV Gulf Livestock 1 (39 Filipinos, 2 Australians and 2 New Zealanders),

The livestock carrier sank in the Sea of Japan near the island of Amami Ōshima last September 2, after experiencing a main engine failure while being battered by typhoon Maysak.

It was sailing from the port of Napier in New Zealand en route to the port of Jingtang in Tangshan, China when the tragedy struck.  There were only two survivors from the incident.

“The financial aid, in cooperation with the Apostolic Nunciatures, and the Stella Maris of the Philippines, Australia and New Zealand, will be personally handed over to the families of the missing and the two survivors, together with a small personal gift from Pope Francis.”

The indefatigable chaplain of AOS –Manila did not disclosed the details of the handover of the financial aid.

Fr. Prigol added: “This contribution is accompanied, from the very first days of the disaster, by spiritual, psychological and personalized support offered to Filipino families by a team of professionals, chaplains and nuns from the Stella Maris Centres in that country.” The support will continue for several months.

“This work is entrusted to the St. Virgin Mary “Stella Maris”, protector of seafarers, to give courage and strength to all family members to face the future without uncertainty but with confidence and serenity,” the priest said.