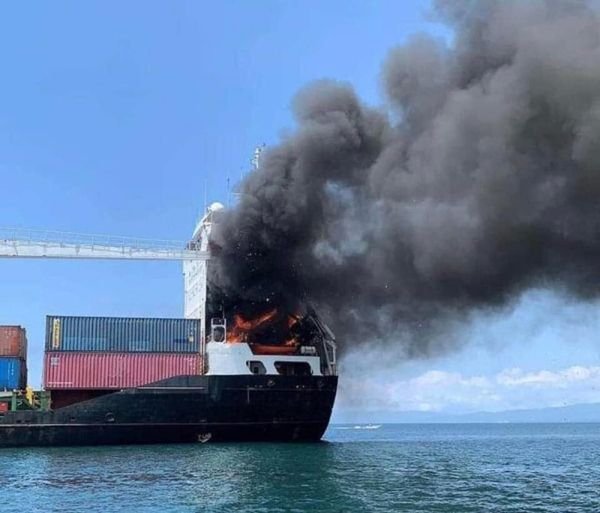 Authorities said that a cargo/container ship operated by Lorenzo Shipping was en route to Cebu from Tagoloan when it caught fire on Sunday morning in the seas near Talisay City.

According to the agency, the Philippine Coast Guard reported one death and three injuries among the 20 crew members of MV General Romulo.

Nelson Polvorosa, 62, was identified as the victim, who worked as the vessel’s chief engineer at the time of the accident. According to reports, the retrieval effort is still in progress. At the same time, three crew members who received burn injuries were rescued from the sea and transported to the beaches of Talisay City at around 9:50 a.m.

Around 10 a.m., the ship’s captain issued an order to leave the ship. According to Marine Traffic, MV General Romulo has a gross tonnage of 4028, and it is flying the FLag of the Philippines