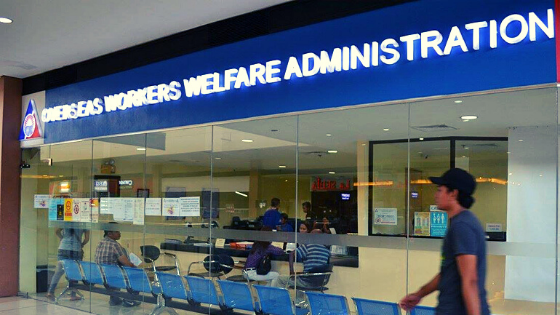 Earlier, it was reported recently that Atty. Cacdac had warned that OWWA’s P18.6 billion trust fund would be depleted should the present public health emergency caused by COVID-19 pandemic would continue until 2021.

Atty, Cacdac, however, failed to mention whether or not the figure already include the estimated over P6 billion seafarers welfare fund managed by OWWA.

His warning came following mounting calls from licensed manning agencies for OWWA to foot the bill for the repatriation cost of returning seafarers.

Yearly, Congress appropriates P150 million for DOLE’s OFW Repatriation Fund, but this was depleted during the first few weeks of the pandemic, so OWWA had started to draw funds from the trust fund for food, accommodation and transport of OFWs, excluding seabased workers  with manning agencies.

He said that OWWA had spent over P1.2 billion as of first week of July; of this amount, P850 million was spent for hotel accommodation of 47,00 0 OFWs billeted in various hotel facilities. The rest went to food and transportation.

In spite of the P5 billion supplemental budget for the repatriation of OFWs, however, OWWA continues to refuse the appeals of manning agencies to subsidize food, hotel accommodation and transport of returning seafarers.