The Labor department has backtracked from the earlier statements of Labor Secretary Silvestre Bello III regarding the release of the $200 or P10,000 cash assistance under DOLE-AKAP program for returning overseas Filipino workers (OFWs) displaced by COVID-19. 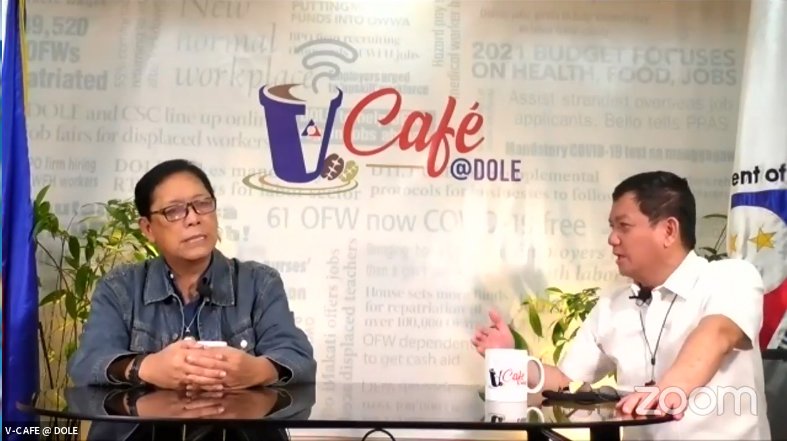 In yesterday’s VCafe@DOLE forum, International Labor Affairs Bureau (ILAB) Director Alice Visperas explained that OFWs would still have to apply to be able to avail themselves of the cash aid under the DOLE-AKAP program.

Once they were found negative, OFWs would be given cash vouchers before they sending them home to their provinces.

Also at the same forum last week, Secretary Bello was unequivocal in declaring that OFWs need not apply for the cash aid and even emphasized that the money would be handed to them at the airport.

During yesterday’s forum, Director Visperas also clarified that only a total of P3.5 had been allocated under Bayanihan 1 for the DOLE-AKAP program.

Under Bayanihan 2, only P2 billion has been set aside specifically for the program and not P5 billion as earlier reported.  Portions of the P5 billion may include funds for the quarantine costs of returning OFWs.

Meanwhile, of the earlier P3.5 billion under Bayanihan 1, a total of P3.285 billion so far has been released to over 322,400 sea-based and land-based OFWs, according to the ILAB director.

Hence, with only a total P5.5 billion budget for DOLE-AKAP program under Bayanihan 1 & 2, the balance would be just enough for the over 200,000 approved applications for the program.